Today is Easter Day. It’s also, as you will know, April Fool’s Day. Anybody been April fooled?

It’s become a custom for newspapers to print an April Fool story; it’s getting harder and harder for them to think of something that’s more absurd than the real news. It raises the question: how do you know what’s true?

We live in an age of information overload – 24-hour rolling news, constant twitter feed, endless updates – how do we know what we need to know? In an age where people who should know better make up facts to suit themselves, and dismiss as ‘fake news’ the truth they don’t want to hear – how do we know what to believe? Do we find ourselves only listening to people who think like we do? Or do we just give up, and spend our time online looking at pictures of kittens?

This question of truth is a question for our times. But it is not a new question.

Pontius Pilate, the Roman governor interrogating Jesus, famously asked, ‘What is truth?’. He had reason to be confused. There were in Jerusalem at the time people who thought Jesus was so wonderful he must be the Messiah, and people who thought he was so dangerous he must be killed. Not much room for a compromise there.

One way to help discern the truth is to look at the vested interests. Who stands to gain from having their version of events accepted? The people who supported Jesus had already received much but had very little left to gain – Jesus had made it clear to his disciples that he wasn’t offering any privileged positions; he was offering the way of the cross.

The chief priests, on the other hand, would benefit greatly from being rid of Jesus. They are responsible for the Temple: the money, the worship, the sacrifices. Jesus has been challenging their teaching and practice ever since he arrived in Jerusalem – including talking about the Temple being destroyed. He threatens to undermine everything they stand for.

Then there’s the issue of fear. Jesus is accused of blasphemy. If the chief priests really thought he was guilty, they could accuse him in public – they are the chief priests, they decide these things. They don’t do that because they are afraid that the crowd will side with Jesus, against them. That speaks volumes about the strength of their charge against him.

A third test for truth, after vested interests and fear, is to look for unlikely alliances.

The Chief priests are not normally best buddies with Pontius Pilate. They are the religious leaders; he holds secular power. He gives them freedom to practice their faith so long as they keep their people under control. It’s an uneasy relationship. But now, the chief priests suddenly see that Pilate can be very useful to them. If they can get Pilate to execute Jesus, for crimes against Rome, then they have got what they wanted without getting blood on their hands. And without the people turning against them.

Pilate at first wants none of it. This is a Jewish problem; blasphemy is a religious concern; it’s nothing to do with him. He tries to let Jesus go free. The chief priests play to his weak spot: if you let Jesus go, you are no friend to Caesar.

Oh, that’s nasty. No friend to Caesar. If that gets out, Pilate, you’re a dead man. Better kill Jesus after all. We knew you’d see things our way.

Pilate, up to that point, had no interest in the life or death of Jesus. But he is cornered into colluding with the chief priests, for his own survival.

To preserve the status quo, to protect the interests of the powerful, Jesus is led away to die. And the one thing everybody can agree on, on that Good Friday, is that Jesus was well and truly dead. Dead, buried, and sealed in a tomb.

It was the end.

But God had other plans.

If there were different accounts of Jesus before his death, how much more difference following the discovery of the empty tomb. Plenty of people, then and ever since, have been ready to dismiss the resurrection as a hoax – or at best wishful thinking on the part of the disciples, the delusions of collective grief.

How can we know the truth? Again, we can apply our three tests.

Where are the vested interests? What would the disciples stand to gain by pretending that Jesus had risen, if they knew this was a fake? Maybe, in the short term, using this as proof that Jesus was the son of God – but it would be a high-risk strategy. And against that, is their knowledge that both Pilate and the chief priests wanted Jesus dead. If they hear that he isn’t, they will surely redouble their efforts to kill him, and this time take his disciples with him. Not much incentive to lie about this.

Then, where is there fear? The disciples hide themselves away in a locked room for ‘fear of the Jews’ – precisely the fear that with Jesus gone, it might be their turn next. Once Jesus has appeared to them in person, their fear goes. These are not people who have been cowed into making false statements.

And thirdly, what are the unusual alliances? It’s hard to see who could have put the disciples up to lying. They are on their own. Even the crowd that cheered on Palm Sunday have turned away. So nobody has any motive for making up a story about resurrection.

Perhaps the final pointer to this being the truth is in the way the disciples first react. They clearly haven’t a clue what’s going on. Today we read about the reaction of Mary Magdalene, the first person to discover the empty tomb.

Mary Magdalene was one of the women who accompanied Jesus and helped provide for him; she had been healed by him and had cause to be grateful. She was there with the other women at the crucifixion; and now she has come, early in the morning, for some quiet time to pay her respects. And now this – the tomb empty, apparently robbed, the body gone – and for her, this is the last straw. She tells Peter and friend, who come rushing to look and then leave her there. And she just breaks down and sobs her heart out.

No wonder she doesn’t recognise the stranger. But he might know something – anything – it’s worth asking. It’s only when he speaks her name that she knows this to be Jesus himself.

There is something in the very rawness of her humanity that leaves no room for guile. We see through her eyes the astonishment of what is happening. In spite of everything Jesus had said about rising again, nobody was expecting this.

Now. None of this is conclusive proof of resurrection. But there is much evidence to support the disciples as reliable witnesses. And that evidence only builds as we watch them live out the power of resurrection and see their lives transformed.

If we come back now to our present day, and discerning truth from the mass of news and fake news about. I think we do need to do this. We serve a gospel of truth, and we should not be afraid of asking difficult questions. We can use those same three principles:

So, for example, we can ask: Who is pushing for a hard Brexit, and who will really gain from it? Why have people not reported abuse or discrimination in the workplace? Why are people not reporting dodgy landlords? What has happened to the human rights abuses in China, and Saudi Arabia, that this country used to condemn?

We need to ask the hard questions, of ourselves as well as of others. I think we need also to be grateful to truth-seeking journalists who carry this responsibility every day.

Part of our response to Easter is to witness to a gospel of truth; to keep looking for truth in the world. The other part is to witness to a gospel of resurrection. No matter how bad things get, no matter how utterly bleak the situation, God is there with us, and God will find a way to bring new life – maybe not in the way we would want, perhaps not in a way we can even imagine – but in God’s time, and in God’s way, new life rises again.

We are about to ordain and induct elders to serve for the next three years. As we honour their commitment, and reaffirm our commitment to support and work with them, let us pray for a spirit of truth and a spirit of new life to move among us, to refresh and strengthen us, and to be a blessing to others. 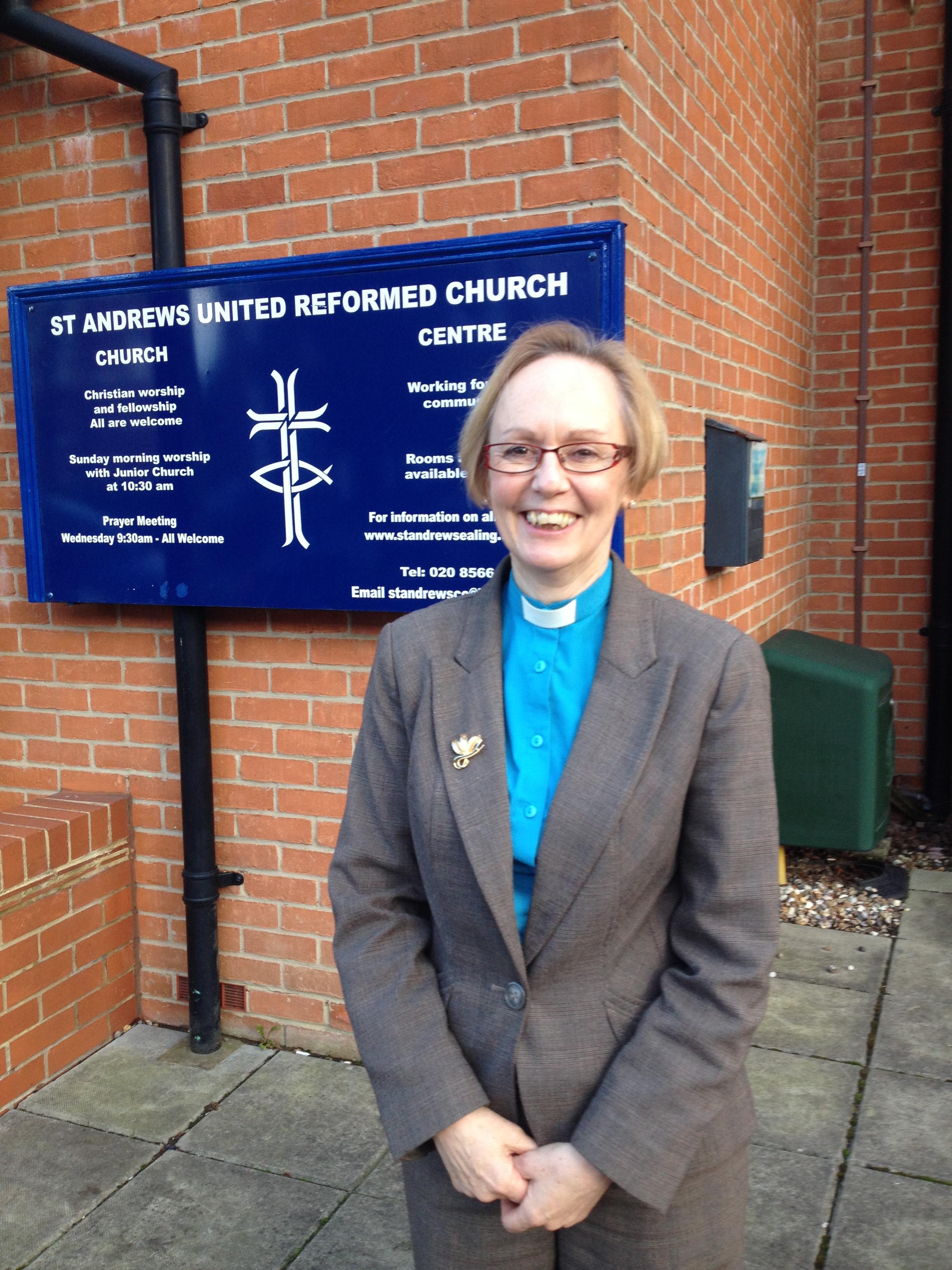 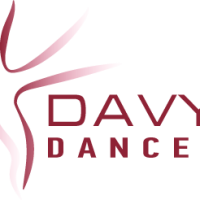 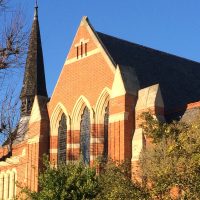