Well – only 21 praying days left till Christmas, and the big question is, are you ready?

Jamie and I sent out most of our Christmas cards in November, but I have to confess that this was not about us being organised for Christmas – it was that we had left it so late to tell people about our change of address that we thought we might as well combine the two. And we’d better do it before people started sending cards to us.

The church marks the season of Advent to remind us that there is more to being ready for Christmas than sorting out the cards, decorations and food. We are getting ourselves ready to welcome again the infant Jesus, to be reminded in familiar story and song that God became human and lived among us and that this incarnation, this God being made flesh, is at the heart of our Christian faith and practice.

This year, we are in the company of Matthew’s gospel, and today we are looking at John the Baptist, getting people ready not for the baby Jesus but for the adult Jesus and his preaching ministry.

John the Baptist is, at first appearance, an unlikely ambassador. He is scruffy – clothes made of camel hair (and where else in the Bible do you get description of somebody’s clothes? Not often. This is a striking scruffiness.) He is weird – he eats locusts and wild honey. Maybe that’s all he could find but it’s still a strange diet to live on. He’s miles from anywhere – in the desert, or wilderness, the uncultivated land between towns where travellers might fear to tread. And his message is not one of charm but of challenge.

When you think of today, with our slick marketing and our media management, John the Baptist stands like an object lesson in how to get it wrong, in how not to reach large numbers of people.

And yet the people flock out to see him, Matthew tells us, from Jerusalem, Judea, and the whole Jordan valley.

Why? What’s going on?

To understand the appeal of John the Baptist, it helps to think about these people and their sense of identity.

The people who go to hear John are the people of Israel – God’s chosen people. They have been a great nation – they were God’s nation, chosen to be a light to the rest of the world. And they still think of themselves as a great nation. But now they are in very much reduced circumstances: the Roman Empire has taken their country by force and robbed them of their power and their dignity.

And their established leaders are not much help. Not the local governors, who are known to be Roman puppets; they wouldn’t expect much of them. But their religious leaders, their community leaders, the people they would look to to give them help and hope – these leaders are failing them. The Pharisees, the chief priests, have mostly formed some sort of accommodation with the Romans – the freedom to practice their faith in return for obedience and keeping the peace. That seems a reasonable deal to them; and so they focus their efforts on interpretation of the law, and observance of ritual, those matters of faith which will not upset the outside world.

The ordinary people get the sense that these leaders are not interested in their concerns; that they don’t understand their frustrations, the blow to their sense of national pride. The people are fed up with settling for less than the greatness they feel is their due. They are looking for someone who will challenge all this. They are looking for a Messiah.

They know, from their scriptures, that when God’s promised messiah is about to appear, Elijah the prophet will appear first and pave the way. So when word starts to get around that there’s this man in the desert who dresses like Elijah, who acts like Elijah, who speaks like a prophet, and who is raising all sorts of echoes of that prophecy in Isaiah about a voice calling in the wilderness… well, it’s got to be worth a look…  And when they get there, they are stirred by what they hear and report back.

I started writing this sermon before I went to India, in the week of the shock news that Donald Trump had been elected as the new American President. Half of America was shocked. How could somebody so rude, so angry, so divisive in the way he spoke, be democratically elected to lead a country? Who were these people who were voting for him? There are far too many to dismiss them, as the Clinton campaign tried to do, as simply ignorant and bigoted. What’s going on?

It matters that we think about this, not least because of other movements across Europe, including far right parties, that are encouraged by Trump’s election. I haven’t wanted to, but I’ve been reading about Trump’s supporters. Outside the towns and cities, away from the political elite, were thousands and thousands of people who were deeply troubled by the way their lives and their country had been going. And it seems to me that there are parallels between those American voters and the people of Israel.

The Americans have seen themselves as a great nation – a great nation under God. They knew America was still seen as a power in the rest of the world. They still dreamed the American dream, of individual opportunity. But now, for some, that dream seemed to be fading before their very eyes. The jobs that had given meaning and structure to their lives were gone; the moral certainties were being eroded, as they saw it, by liberal legislation; the global economy was too complicated to understand. And meanwhile new people are coming in and it’s all too easy to put two and two together and think that it is the new people who are the cause of their problems. They, like the people of Israel, are in reduced circumstances, brought on as they see it by foreigners, not the Roman Empire in their case but the immigrants and Muslims.

And, again, their established leaders are not much help. In the complexities of globalisation, governments spend an awful lot of time managing the economy, managing international relations. It’s necessary, but it’s never going to stir the soul. Nobody gets a surge of patriotic pride because of a tiny tweak to some budget they don’t understand.

So it’s easy for people to get the sense that politicians are not interested in their concerns; that they don’t understand their frustrations, the blow to their sense of national pride. It’s easy to get fed up with the sense settling for less than the greatness they feel is their due. They are looking for someone who will challenge all this. They are looking, a psychologist might say, for a messiah figure. Along comes Donald Trump, with his direct approach, his slogans, his energy, his willingness to say what has been unacceptable to say for ages and he seems to be offering everything they have been looking for.

There is nothing wrong in wanting to be part of a strong country. There’s nothing unusual about wanting a strong leader to make that happen. But look at the difference between God’s way and the human way of finding strength.

The hope, or the apparent hope, that someone like Donald Trump gives is a hope based on sorting out the other people. We will get rid of the immigrants; we will stop pandering to women and minorities; we will rewrite our deals with other nations and stop baling out the rest of the world – we will sort out all the others, and then you will be all right.

The hope that John the Baptist offers is quite different. John the Baptist says, the way to change the world is to start with you. The kingdom of God – the earth-shattering, life-changing kingdom of God – comes in not with mighty armies, not with slogans and campaigns, not with policies and regimes, but with a call to repentance. Repent, and accept the forgiveness God has to offer. Repent, and prove your repentance by the fruit you bear.

The hope of ‘sorting out the others’ is a false hope. It builds a mean spirit and leads to repression and scapegoating. It is the false hope exploited by far-right groups the world over and we need to hold out against these.

As we prepare for Christmas, may we embrace this hope and all the demands that it makes on us; may we play our part in the peace and goodwill of all humankind. 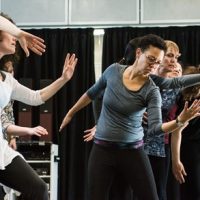 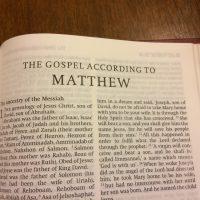