The story of Abraham and Isaac makes for uneasy reading. What kind of father would put his son through an ordeal like that? What kind of God would ask him to do it?

The clue is in the opening line of the reading. It begins, ‘Some time later, God put Abraham to the test’. So we, as readers, know something important, something that Abraham and Isaac don’t know, which is that God does not intend Abraham to go through with the sacrifice. God doesn’t want Isaac dead; this is a test of Abraham’s obedience.

But it can’t be that God wants to know if Abraham is obedient or not. Abraham has been obedient to God for over 30 years, even through some very difficult circumstances. This is a test, in the same way that our school science experiments are tests: God already knows the result. The test is as a demonstration for Abraham, for Isaac, and for all the people through the ages who will read this story and learn what obedience to God can mean.

God tells Abraham to take Isaac, his beloved and long-awaited son, and offer him as a sacrifice. Abraham, apparently without a murmur, sets off on a three-day trip with a donkey, 2 servants and the unsuspecting boy – who probably thinks it’s great to be doing grown-up things with his dad. They get near the place, on the third day, and Abraham and Isaac go on alone, Isaac carrying the firewood and Abraham carrying the fire and the knife, for safety’s sake. It’s at this point that Isaac gets curious. They’ve got everything for a sacrifice, except a lamb. ‘Where’s the sheep coming from, Dad?’ ‘Don’t you worry, Isaac, God’s got it all in hand’.

Did Abraham know, in his heart, that God would sort it out at the last minute? Did Isaac trust his father, and God, so much that he was perfectly willing? Or were they both in a cold sweat of fear as the dreadful moment got closer? Or both? Trusting in God doesn’t mean you’re never scared witless. Abraham has got the knife raised in his hand ready to strike, before the angel stops him, and he sees the ram.

You remember the comedian Dave Allen, who sat on a stool and told stories? He had part of a finger missing. When he was a boy, his father was cutting wood with an axe, and pretended he was going to chop off David’s finger, as dads do. Young Dave had absolute faith that his dad would stop the axe at the last minute – just as his dad had absolute faith that his son would pull his finger away.

It’s still a difficult story. Rather than try to analyse the details, I think it is more helpful simply to set this story alongside other stories and situations, and let them reflect off one another.

For instance, we can set this story alongside the story of the death of Jesus. Here again, we have a Father, in this case God, willing to sacrifice his beloved only Son, if that is what is needed. Here too we have an obedient son, trusting in his father to the very end. Here, though, there is no last-minute reprieve; Jesus himself becomes the sacrificial lamb. The fulfilment of God’s promise comes through death, and lives beyond it.

We can set Abraham’s story alongside stories from our present world. We can see the young Isaac, setting out with such excitement on what he expects to be a great adventure, in those images of the children and young people, some the same age as Isaac, setting out to the first Arianna Grande concert in Manchester a few weeks ago; the thrill turning so quickly to horror. Or we can see families in Syria, facing the sacrifice of their home, their older relatives, their jobs and all their possessions, and making that sacrifice with the same dignity and resolve as Abraham, for the sake of an unknown future for their children.

This moves us away from the idea that God singles out individuals for suffering; it can happen to anyone, at any time. And God knows and shares that suffering.

I wonder if you have ever had a time in your life when you were bowling along in faith fairly happily, coming to church and praying and generally feeling that God was with you and you were pretty secure in that. And then suddenly something happens that really shakes you. It may be that something bad happens – an accident, a diagnosis – that shifts your life off track and shakes your sense of wellbeing. Or it may be that you are confronted with a situation, or with another person, that challenges the values you have always held.

I know a man who has been a Christian for nearly all his life. He’s now widowed, but when he and his wife were younger, as well as being involved with the church, they were quite politically aware; and his wife got involved with the women’s peace camp at Greenham Common. She would sometimes bring one or other of the women home for a break. And so it was that this couple with very traditional values and outlook met their first lesbian couple, and others with very different lifestyles from their own, and suddenly a whole raft of assumptions and values were unsettled. It was, in the end, a time of great growing in faith, but it was a very uncomfortable adjustment.

We have our Isaac moments in faith. And we may have our Abraham moments too, when we are called to sacrifice something that we hold very dear. I’m going to use a personal example; I apologise for that but I think it may be helpful. When I started my theological training, at Westminster College, most of us felt very honoured and privileged to have been accepted for training, and we were ready for the academic hard work. There was plenty of that. What we hadn’t bargained for, because it wasn’t on the timetable, was the work of transformation that God would need to carry out in each of us to prepare us for being ministers. We were mostly mature students; we had lives, careers, families; we were competent people, often well-established in our sending churches. And in different ways, and at different times, depending on what each of us needed, we had to let go of all that we thought we knew about ourselves.  Past hurts, and long-buried wounds, would rise to the surface and need to be faced and dealt with – not always to be healed, but to be acknowledged so that they lost their power. I won’t dwell on how painful it was, but give me a 2000 word essay any time.

Very few of us, I hope, will be called directly to make the same sort of sacrifice that Abraham was prepared to make. I hope none of us is ever called to sacrifice another person, whatever the circumstances. But I do think that this work of transformation is not just for would-be ministers; it’s what God wants for all of us. And for that to happen may mean sacrificing our comfort with our place in life, even our comfort in our faith, and being ready for God to challenge us in ways we never expected.

And we can do this, we can accept this challenge, knowing that we have the example of Abraham, who was willing to risk everything and so found that God was more to be trusted than ever. The reading end with affirming that God always provides.

This is a difficult story, but it is one to give us great strength and hope. Let’s take a few moments of quiet to ponder on that, then we will turn to our prayers. 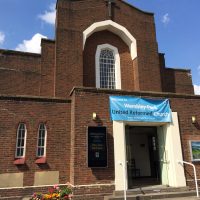 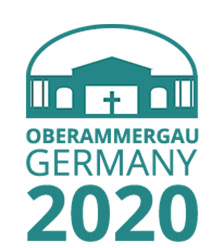