It’s over 20 years ago that Jamie and I went to Australia. We spent a week with my brother, in Perth, and then went off to do the tourist things, including two days at Uluru, then mostly known as Ayers Rock. It is spectacular, rising straight from the desert. Because it’s not next to anything, it’s hard to get a sense of scale, but it’s 348 metres high (over 1000 feet) and 2.2 miles long. And in those days, in the 1990s, it was a thing to climb up it. The site is sacred to the indigenous people who would very much prefer that you didn’t but tourists are not always known for cultural sensitivity. So we went thinking we would have a go.

Until we got to the information centre near the base of the rock, and saw the safety advice, which includes:

Stay on the marked track; always walk or climb with another person; carry one litre of water for every hour you walk or climb; do not climb if you have high or low blood pressure, heart problems, breathing problems or are not reasonably fit. In very hot weather only climb in the coolest parts of the day.

We were there in January, in the height of summer. We weighed it up. We weren’t suffering from any of the conditions, but the combined effect of all the safety warnings was to make us think, this is a serious undertaking, not something to do for fun. We decided not to go.

The notice didn’t say, ‘don’t do it’. But it did say, ‘be very clear about what you are getting into’.

This is what Jesus is doing with his disciples, when he talks about his suffering and death, as we heard in our gospel reading.

This comes just after Peter has had his moment of inspiration and declared that Jesus is the Messiah. Any hope that the disciples might have had of climbing to fame and glory is quickly dispelled – this is going to be a hard path, for Jesus and for all of them.

It’s worth remembering that this was a conscious decision for Jesus. He has been teaching and healing in Galilee for some time now; he has a large following, and people hanging on his every word. If all he was aiming to do was to make life better for those around him, if all he was was a preacher with healing gifts, then he could have carried on doing that and probably seen out his days in comfort. But Jesus, as Peter has now seen, has a greater calling: he is the Messiah, he is to redeem the world. That means overcoming the powers at work in the world, and that in turn means confronting those powers where they are most concentrated, which is in the capital city, Jerusalem.

Now, you don’t need divine guidance to know that if you tackle powerful people head on, especially where those people are in power through force rather than democratically elected, you are not going to come off well. Jesus knows that if he goes to Jerusalem, the religious leaders there will do everything in their power to silence him, including, in the end, killing him. He doesn’t have to go –  nothing external is forcing him to do this. It’s the inner voice, the knowledge that this is what God requires him to do. So he makes a conscious decision to obey this voice.

It’s a hard choice. And we can understand Peter’s reaction – no, not that! Surely there’s some other way! But Jesus can’t be doing with any temptation to waver at this point. What he really needs to hear, from his disciples, is a loud chorus of ‘we’re right behind you, Jesus; we’re with you all the way’.

They are not quite ready to do that. This sudden revelation of hardship takes some time to sink in. The best they can do for now is not to run away.

The disciples need to hear this message, and they need to hear it now, while they are in the green and pleasant region of Galilee, safe and not too far from home. They need to hear it and absorb it long before they get anywhere near it actually happening: Partly so that, when it does happen, they need to be thinking, ah yes, this is planned, this is what we expected – and not, oh no, something has gone horribly wrong; and partly so they can be mentally prepared for the worst, and begin to build up their courage. They need to know what they are facing as they set out in this path with Jesus.

Jesus has to go over the message several times for them to get it. In Matthew’s gospel we find it three times altogether. It’s repeated, not just as a record of what Jesus said, but to deliver this message to those who would hear or read the gospels, some of whom were already suffering persecution. This is a message for them too: that following Jesus is costly and demanding, but that this is expected, and their suffering too is in God’s hands. It’s confirmation that they are on the right track.

It’s relatively easy to see how this message, of taking up your cross, applies to people who are already suffering, whether through persecution, or through ill health, or current life circumstances, or concern for someone else. If that’s the case for you, then look no further. You have enough to deal with, and our thoughts and prayers are with you.

But what does it mean to us, who are not being persecuted or threatened?

Perhaps it helps to look first at two things it does NOT mean, two ways in which this passage has been mis-used.

One misuse of this message is, that it’s sometimes used to give a false elevation to suffering: the ‘suffering is good for the soul’ approach. What nonsense. Pain and distress are horrible and they rob the joy from life. There’s never, as far as I can see, any good reason to look for suffering or to feel guilty if you’re not. Taking up our cross is not about trying to make ourselves miserable.

The second way this passage is mis-used, which is an extension of ‘suffering is good for the soul’, is when it is used as an excuse for leaving someone else in an unjust situation. This taking up your cross, renouncing self, has been used to keep people in abusive relationships, or in poverty – that’s just the cross you have to bear. There is no excuse for abuse – just get help, get out if you can. There is no justification for some people being poor. And it is not up to any of us, to any individual, to decide what cross is appropriate for another person. This is about taking up your cross, not trying to sort out theirs.

First, we might remember that Jesus didn’t set out to be killed; he set out to do the will of God. Maybe those of us who are safe and well, need to ask if there is something more that God is calling us to. It might not be a horrible thing – it might be some new venture which will stretch and challenge us in unexpected ways. It may well not lead to suffering and death – I hope not – but it might take us, as we would say now, out of our comfort zone.

And if you don’t feel a call on your life as such, maybe you can support someone else in their call?

In October, we’ll have Joseph joining us on his TLS Gateways into Worship placement. Anne, Peter and Marion have all done that course to become lay preachers – they felt called, and I’m sure they have been stretched and challenged in many ways during their training and since. They did their placements in other churches, and now Joseph has answered the same call, and is following the same path. His first Sunday with us is 15th October. So make him welcome; pray for him; and support him as he takes up his cross in the challenge of learning.

You’re never too old for God to call you to something new. So look out for that little nudge, that thought that won’t go away.

The second thing to remember is really important. Jesus knew that his suffering and death were not the end; that the powers of the world would not have the last word; that God would raise him to glory. Whatever we are called to do, whatever it costs us, that cost is always worth it because in the end it brings us closer to God, and gives glory to God.

So let us be open to God, open to being challenged, open to supporting others; let us pick up our cross and go for it. And let us do it in the confidence that God is with us all the way. 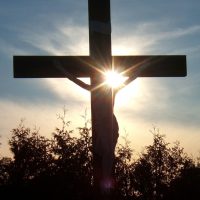 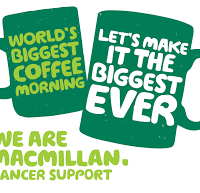