Last week, we looked at Jesus sending out his twelve disciples to bring good news to the people around them. Our readings this week are from later on in that same briefing. In between the two readings, Jesus has told them not to take luggage, and just before the verses we shall hear today, he has warned them that they will meet with opposition and hostility.

We might think that doesn’t apply to us, in a country where Christians are free to practice their religion undisturbed. But if we are to take seriously some of the things we talked about last week, like combating hatred and racism, then opposition may come. It is another difficult truth to face, that good people doing good things are not always welcomed. This last week was the 4th anniversary of the death of the MP Jo Cox. Jo Cox, you remember, spoke up for unity and inclusion, who said we have more in common than that which divides us. She was killed by a right-wing extremist shouting that she was a traitor to her country.

Jesus warns his disciples not to be surprised when they meet hostility. He also tells them not to be afraid.

Let’s hear the first part of our reading.

Do not fear; do not be afraid. Do not fear those who kill the body but cannot kill the soul. And the way to counter any fear that you might have is to remember how much you are loved and valued by God. God who loves and values all living creatures, even the sparrows who are two a penny, surely knows and loves and values every single human being – regardless of our economic output.

It’s worth dwelling in that love of God, in that sense of worth that God’s love brings. Because then our actions will spring from love and not from trying to prove ourselves.

You will have heard, this week, of Marcus Rashford, the young professional footballer who challenged the government over food vouchers for children and got them to change their policy. Children who would normally get free school meals have been receiving food vouchers during lockdown – but the scheme was only for term time. Campaigners have been pressing for the scheme to continue through the summer holidays – children still need to eat – but the government kept rejecting that on the grounds of cost. Marcus Rashford wrote of his own experience as a child growing up in a minimum-wage household, and it changed the game – it raised the profile of the campaign to a point where the government could no longer ignore it. The children will now get vouchers to cover the summer.

I have no idea whether Marcus Rashford has any kind of religious faith. What I want to point out is the reasons he gave for his involvement in the campaign, and in the wider concerns behind it – this is not a one-off gesture. He wrote that when he was a child, he had free school meals; he had support from friends and neighbours; and he knew how much difference that made to his life and his chances in life. He wrote, ‘Without the kindness and generosity of the community, there wouldn’t be the Marcus Rashford you see today: a 22-year old black man lucky enough to make a career playing the game I love’.

That letter, coming from a place of gratitude, framed in the language of possibility, changed hearts and minds in a way that demands for justice had not been able to do. It matters that we dwell in the love of God, that we nurture our own sense of gratitude, so that we are able to meet opposition with grace and with possibility.

We might particularly want to remember that love and gratitude as we hear the second part of our bible reading, which is quite a tough one. Let’s hear it now.

Not the most comfortable reading for Father’s Day, or indeed for families who have been struggling with tensions during lockdown. But, despite appearances, this isn’t really about family quarrels. It’s about priorities. Hold firm, says Jesus, in the face of opposition, no matter whom that opposition comes from – even if it’s from your nearest and dearest. That’s hard – if you feel the people you love don’t understand you, don’t appreciate what you say or do. But stick to what you know is right; stick with Jesus, and he will stick with you.

There was another example in the news recently of sticking with what you know is the right thing to do. This is the story of Patrick Hutchinson. The name may not have registered, but you will have seen the photo – Mr Hutchinson carrying a white man over his shoulder in a sort of fireman’s lift, and saving his life.

Again, I don’t know if any of the people involved were people of faith. It happened last Saturday at the anti-racism protest in London. The protesters knew that the far right were planning to come and cause trouble – in fact the main march had been moved to Friday to avoid that. Patrick Hutchinson and 4 of his friends, all fathers, all from the same south London community, all black, had gone to the protest to be, as they put it, ‘guardian angels’ – to protect people who were under attack. They expected that to be black people attacked by the far right. But they saw a white man, separated from his friends and being attacked by black youngsters, and didn’t hesitate. Mr Hutchinson scooped him up, while the other 4 gathered round so they could get him away safely. They did this, knowing that this man hated them for the colour of their skin and was there for the sole purpose of expressing that hatred.

It takes courage to help anyone in a volatile situation. But it takes real guts to put yourself at risk to help someone who hates you. They did it, they said, because they wanted to set an example to their families, and they wanted to take ownership – to say, we will not let you define us.

Jesus calls us to take up our cross and that means us taking ownership of our lives, and, sometimes, putting ourselves at risk. Each of us has something to bring, and something to lose. Marcus Rashford owned his fame as a footballer and his past experience and used both to great effect. He risked being ignored and his name being trashed. Patrick Hutchinson used his strength and his sense of community, and risked probably his life. We all have our own strengths, and our own experience; we may already be aware of things God has asked us to give up or risk losing; we may have more to come. I’m sorry if this sounds tough, but we are living in tough times; and it may get tougher yet as the full economic impact of Covid bites.

But this we know. This we know for sure, and this we can rely on: that God sees, knows, loves and values us beyond our wildest dreams. And safe in that love, we can go forward in confidence and faith.

Let me end with part of a prayer by John Proctor, from this year’s Prayer Handbook.

Jesus, give us courage,

Not to seek secrecy for our faith,

Not to fear the sharp edge of truth,

And never to forget the loving eye of God. 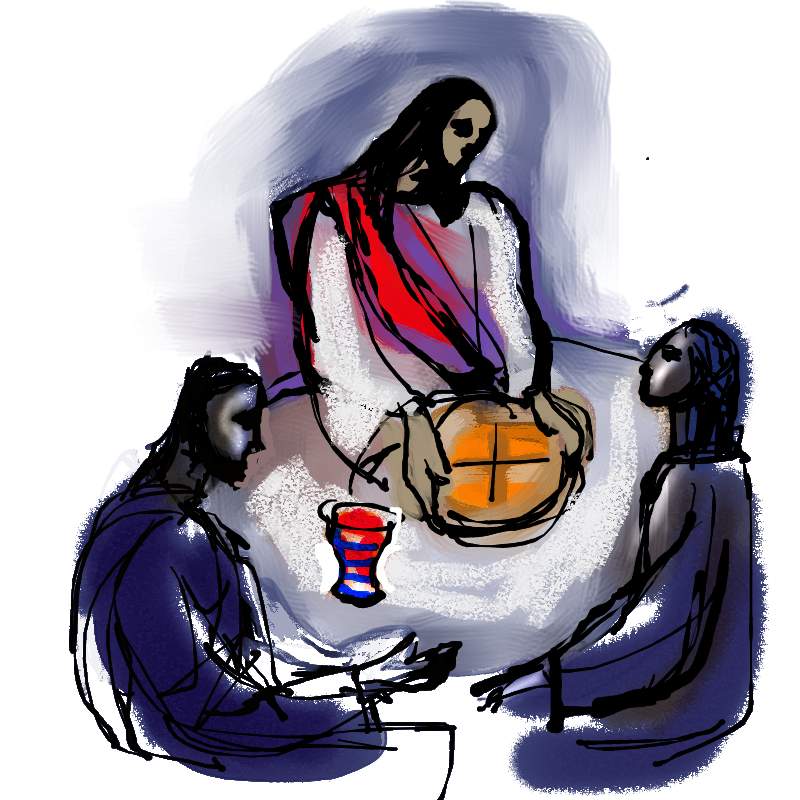