So here is John the Baptist, in prison. John, the free spirit from the great outdoors, John, at home in the desert and the wide open spaces, John the preacher who could hold the attention of a great crowd, held, alone, in a dark and murky hole.

When he was first arrested, he might not have been too worried. Hadn’t he just been preaching about the promised Messiah? Hasn’t he seen Jesus with his own eyes, baptised him even, and known that this is the one? The one who ‘has his winnowing shovel with him to thresh out all the grain. He will gather his wheat into the barn, but he will burn the chaff in a fire that never goes out’.  Surely this means that the good people, the people of Israel, are the wheat who will be saved, and the bad people, the likes of Herod, who put him in  prison, are the ones who will be burnt like chaff? Any minute now, John might have thought, Jesus will put the world to rights, will deal with Herod as he deserves, and I’ll be out of here.

Any minute now… Ok, well maybe tomorrow…  It doesn’t happen. John is still in his cell, and time is passing. Already, by this stage in Matthew’s gospel, Jesus has called his disciples, has been healing and teaching, has set out the 12 on a mission by themselves. Time is passing and John is getting worried.

And in his isolation, he is beginning to have doubts. What if I was mistaken? What if I got the wrong person? You know how worries always seem worse when they go round in your head.

John can’t get out but he it seems he can get word to his own disciples. Go and ask Jesus; I need to know. Are you the one? Are you the one I predicted or have I got this wrong – should we wait for someone else?

It’s quite a rude question, if you think about it. It’s insulting to both John and Jesus. But Jesus can understand the concern of John and his friends. He knows about the people’s wish for a Messiah who would sort the world out on their behalf. He answers indirectly, but very cleverly. Look around you, he says. Look at the evidence of your own eyes – people are being healed of all sorts of diseases, the dead are brought back to life, the good news is coming to the poor.

Jesus, in this answer, does two things. First, he affirms that he is the messiah – ‘happy are those who have no doubts about me’. But second, he sets out what kind of messiah he is going to be. He’s not starting at the top; he’s not going to overthrow the Romans on their behalf; he’s not concerned with regime change. The lesson that John the Baptist is having to learn the hard way – and it really was the hard way,for him – is that Jesus is a messiah who is starting with the poor, with the disabled, with the outcasts – the very people that other leaders would disregard as being not worth bothering with. He is giving these people, who had no hope, new life and hope. He is challenging the Roman system, not by attacking it head on, but by subverting it from within.

This is a gospel message for our times if ever there was one. We are seeing, across the world, a huge rise in populist movements, hard-line leaders being elected – Donald Trump, Erdogan in Turkey, Bolsonaro in Brazil, and so on. We’re told, this is what people want; they are fed up with their current leaders and they want change. But look at the change these new leaders are offering. This is a change that is based on ‘sorting out the others’. ‘If we get rid of the Mexicans and the Muslims and stop listening to women and minorities we can make America great again’. ‘If we defeat these native tribespeople we can make good money out of the Amazon and make Brazil an economic power’. We see it in Brexit: ‘If we shake off the power of Brussels and get rid of all these Europeans taking our jobs, we can take back control of our country.’ If we sort out the undesirables, the message is, we can make life good again for you, the people who live here, the people, by implication, who deserve to be here.

This is a really dangerous message to give – and dangerous not just to the people who might feel targeted.

Because this message is essentially a message that plays on fears. There are some very understandable grievances in this country and in the states, which have not being addressed by politicians in recent years; people see their lives getting worse and are uncertain and anxious about the future. If a leader then says, ‘well, it’s these others that are the problem’, then all the fear and resentment gets focused towards the ‘others’ – and away from the leaders and policies that are actually responsible.

We have seen it happen. We have seen it with apartheid in South Africa; with segregation in the United States. We saw it, unforgettable, in Nazi Germany. And we have seen it here. Look what we did to the Windrush generation. People who had lived and worked and payed taxes here were suddenly deported to a country they didn’t know, because they didn’t have the right paperwork. Some died; some were made destitute. And all because of an ideology that said, immigration is a bad thing, let’s be rid of these others.

Populist leaders use the scapegoating of others to gain power.

Jesus says, there is no ‘other’. We are united in our common humanity wherever we were born, however much we own, whatever particular needs we have. So let’s put an end to this thinking that sees the poor as a burden, or strangers as a threat. In the topsy-turvy, subversive world of Jesus, we attend first to the needs of the poor and the unwell; we make an effort to make strangers feel welcome; because by doing this, we break down the barriers between us and we need no longer be suspicious or fearful of anyone else.

Jesus never offers to sort out the world so that his followers can be more comfortable. Jesus challenges us to make the world more fair, so that everyone can find comfort within it.

I said this is a gospel message for our times. I think it is particularly a message for this weekend, when we have just had the General Election results and a party with a bigger majority than we’ve seen for decades. Some of us may be delighted by this, genuinely glad that there is clarity and a way forward; others may be gutted, seeing already a whittling away of truth and democratic process. Some of you were personally involved with campaigning and will be exhausted. We have yet to see how it will all play out.

The gospel tells us that our leaders matter, and that we should hold them to account, and that we should pray for them. But it also tells us that our political leaders do not have the last word. The last word is God’s word and God’s word starts small. It matters that however upset we are by the election result, we keep faith with this gospel, that we look out for people who are poor, or who are living with disabilities, or who are strangers in the community. It matters that we continue to bring goodness into the world.

Let me tell you a story, a Celtic parable.

After Patrick has visited the village of Cong to preach the gospel, he went out of the village to pray. He knelt down beside a large boulder; and after he had finished praying, he went to sleep, using the boulder as a pillow. The boulder became known as the Stone of Truth; and people never dared to tell lies if their hands or head were placed on the stone.

Many years later, a man named Kerwin lived in Cong. He did not believe in God; and he despised all talk of love, peace and honesty. In his view, every person should earn what wealth they could, and enjoy it. He lived faithfully by his own creed, stealing and cheating at every opportunity.

One night, he was returning to Cong after visiting another village, where he had stolen a bag of gold. There was no moonlight, and he tripped on the Stone of Truth. The bag of gold flew out of his hand, and his head came crashing down on the stone. There was a huge gash from one side of his forehead to the other. […] It never fully healed; it left a scar, a long line across his forehead.

A year later, the same thing happened. But this time the wound ran from the crown of his head to the top of his nose. It too did not heal. So now he had a cross on his forehead. The people in the village began to mock him.

“The man who doesn’t believe in God has the cross of Christ on his head”, they jeered.

Kerwin hated this mockery, and he hated the Stone of Truth that had made this cross. He decided to bury the stone, digging a deep hole beside it; but the stone was too heavy for him to push into the hole. Then he covered the stone with earth. But the sheep grazing nearby scraped the earth off with their feet. In utter despair, he sat down on the stone and wept.

At that moment, a beggar dressed in rags passed by.

“Why are you crying out to God?”, this beggar asked. “Perhaps I can help?”

“Go away, you wretch”, Kerwin shouted.

But the beggar refused to go. He sat down a short distance away, and took out a large crust of bread. He broke the bread in two, and handed one half to Kerwin. Without thinking what he was doing, Kerwin took the bread, and they both started to munch.

‘Well’, said the beggar, after they had finished eating, “you’ve called out to God for help, and you’ve taken bread from a beggar. So you can’t be proud. You must be a true Christian”.

At that the beggar went on his way. Only then did Kerwin realise what had happened. From that moment onwards he gave up stealing and cheating, and devoted himself to serving the needs of others. He lived to a great age. Most of the people who knew him in his evil days died; and the young people saw the cross on his forehead as a sign of his saintliness.

Shortly before he died, he invited some young people into his hut, and he told them the story of how he became a Christian.

“That stone which I stumbled on,” he concluded, “saved me. And that beggar gave me my first communion”.

And this is how we deal with destructive election campaigns, and the rise in racist abuse, and the far-right movements that are gathering force. We do it by holding on to trust in God; by keeping to the values Jesus embodied; and by standing alongside those who are most affected, most damaged by the hatred. This is the Good News for the poor; this is the peace and goodwill on earth. This is our Christmas joy, that we can be part of bringing in God’s kingdom. 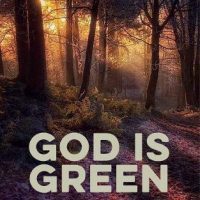 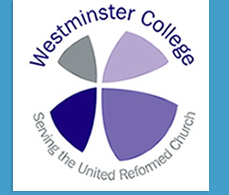